Since their launch in 2011, John Deere’s 6R Series tractors have set standards in both field and transport performance as well as precision ag technology. With 14 new generation models from 110 to 250hp announced this month, these tractors have become even smarter to help operators achieve even more.

In addition, four brand new models include the four-cylinder 6R 150, aimed particularly at mixed farms, and the six-cylinder 6R 185, a specialist transport tractor for farmers and contractors who spend more time on the road.

A key new 6R Series feature is the integrated 1-Click-Go AutoSetup system, which makes tractor and implement settings much quicker and easier. The operator can save up to 90 per cent of display clicks in the field and the tractor is always perfectly adjusted.

All the required settings can be pre-planned and managed in the cloud, including agronomic data such as field boundaries, guidance lines and prescriptions. Once the tractor crosses the field boundary, the stored profile is automatically available and even temporary drivers can be consistently accurate and avoid mistakes.

While AutoSetup makes the driver’s life easier, John Deere has also increased operator comfort. Among other features, the dashboard behind the steering wheel has disappeared – this not only improves forward visibility, but also operator control using the armrest and right-hand console. All settings and indicators are provided on the corner post display.

Another new feature is the E-joystick, which is particularly useful for front loader work. The operator can freely configure the layout of the buttons and can easily change the direction of travel using the reverser button, while a special hand detection system replaces the former safety flap.

For front loaders, there is a dynamic weighing system that allows weighing on the move, without having to stop. In addition, the Return to Position feature enables the loader to be placed into the correct position with one click, while Level to Horizon avoids spilling the bucket load.

IPM (Intelligent Power Management) has been made smarter on the new 6R Series. This means that in addition to IPM functioning in transport and PTO applications, it also delivers additional horsepower in hydraulic applications as required. The four-cylinder models can now deliver up to 20hp and the six-cylinder models up to 40hp when using hydraulic fans, pumps and the most power-hungry hydraulic implements, eg wrapping balers, slurry tankers and drills.

Another highlight of the latest 6R Series tractors is their new design. The hood and mirrors are well known from John Deere’s larger tractor series, while the name and numbering system has also been adopted from the 7R, 8R and 9R Series models. The 6R range name is now followed by a separate indication of the rated engine horsepower.

To meet individual customer requirements, the 6R Series has been extended by four new tractor models. Chief of these are the compact and efficient 6R 185 that delivers up to 234hp with IPM and is specially designed for transport work, plus the 6R 150 with a four-cylinder engine and high payload, which is the perfect all-rounder for mixed farms.

There are also more transmission options available in this new range. In addition to AutoQuad Plus and the AutoPowr infinitely variable transmission, customers can now choose the CommandQuad option for four-cylinder models.

The new 6R 185 is aimed at farmers and contractors looking for a compact, versatile and powerful 6-cylinder tractor to be used mainly for transport, but also capable of handling demanding hydraulic power requirements. It delivers up to 234hp maximum power with Intelligent Power Management in transport, PTO and hydraulic applications. 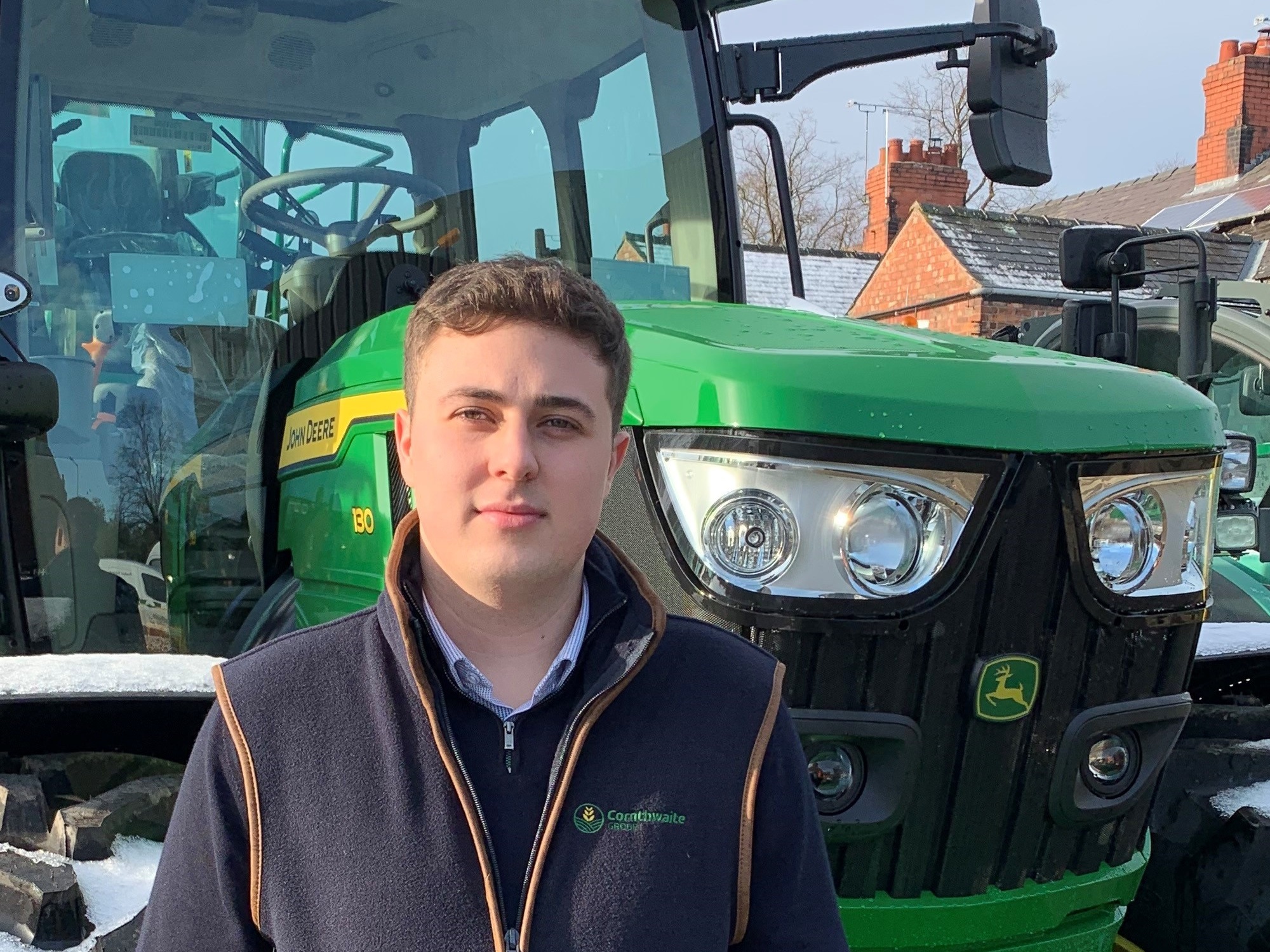 The 6R 185 is also an agile tractor, due to its short wheelbase of just 2.76m, which makes it more compact than the larger 6R Series models with a 2.8 or 2.9m wheelbase. This feature, combined with the proven 6.8-litre John Deere PowerTech PSS engine and highly efficient AutoPowr transmission, makes this tractor particularly fuel efficient on the road.

The 6R 250 flagship model has already set a new efficiency standard in transport applications, and John Deere is convinced that the 6R 185 will be a worthy heir in this class.

Mixed farms prefer four-cylinder tractors, but do not want to sacrifice power. With a maximum power rating of 165hp or 177hp with IPM, the 6R 150 is now the largest four-cylinder model in the series and covers this tractor segment perfectly. Tyre size has also been increased, with rear wheel options available up to 650/65 R38. Its short wheelbase of only 2.58m makes this machine particularly manoeuvrable.

With a low empty weight of 6.5 tonnes and a total permissible weight of 10.45 tonnes, the 6R 150 tractor provides a very high payload of 4 tonnes. It therefore offers the performance of a six-cylinder tractor with the advantages of a four-cylinder machine, ie compact dimensions and light weight combined with agile and versatile performance. 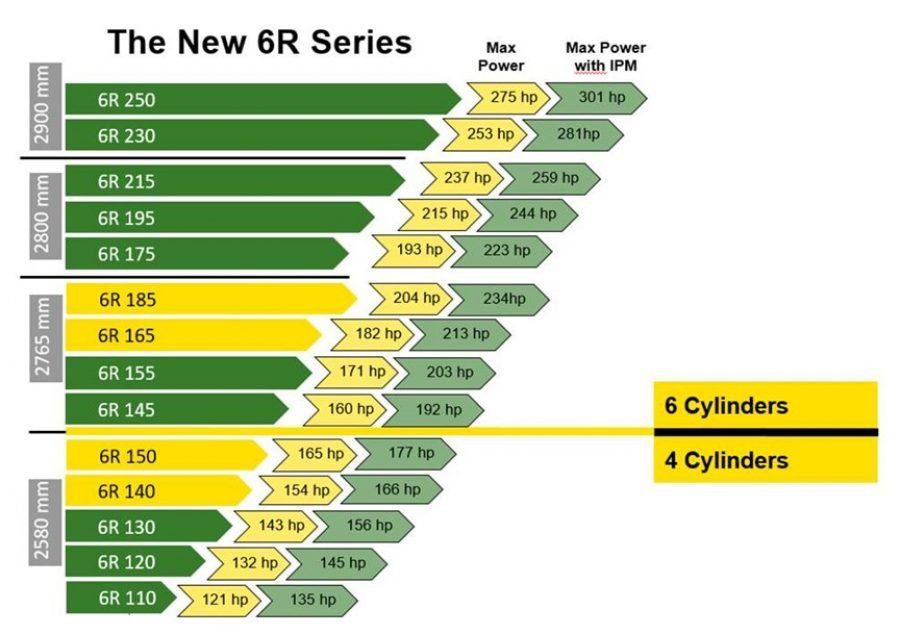 We use necessary cookies to make our site work. We'd also like to set analytics cookies that help us make improvements by measuring how you use the site. These will be set only if you accept.

Necessary cookies enable core functionality such as security, network management, and accessibility. You may disable these by changing your browser settings, but this may affect how the website functions.