The Wannop family run a large-scale dairy unit based near Morecambe, Lancashire, farming close to 1000 acres of grass and arable land. 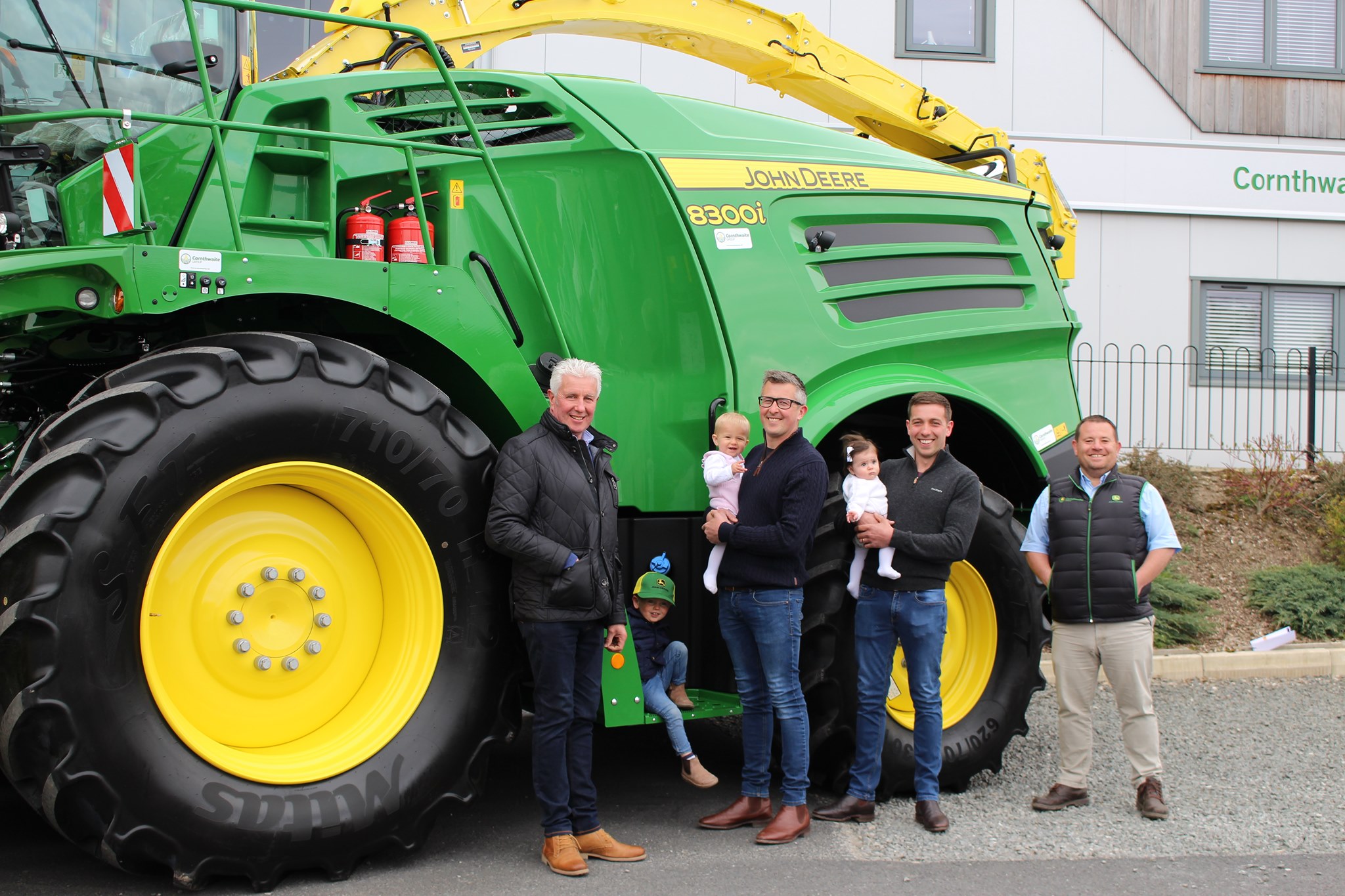 The Wannop family run a large-scale dairy unit based near Morecambe, Lancashire, farming close to 1000 acres of grass  and arable land.

Arriving at the farm in 1972, they milked 60 cows. In comparison, the family are now milking approximately 500 cows, three times a day.

When it comes to machinery, the Wannop’s believe that having their own machinery is key to being in full control of their operation. This means that any work on the farm can be carried out exactly when required, especially important with the ever-changing weather patterns of the UK. 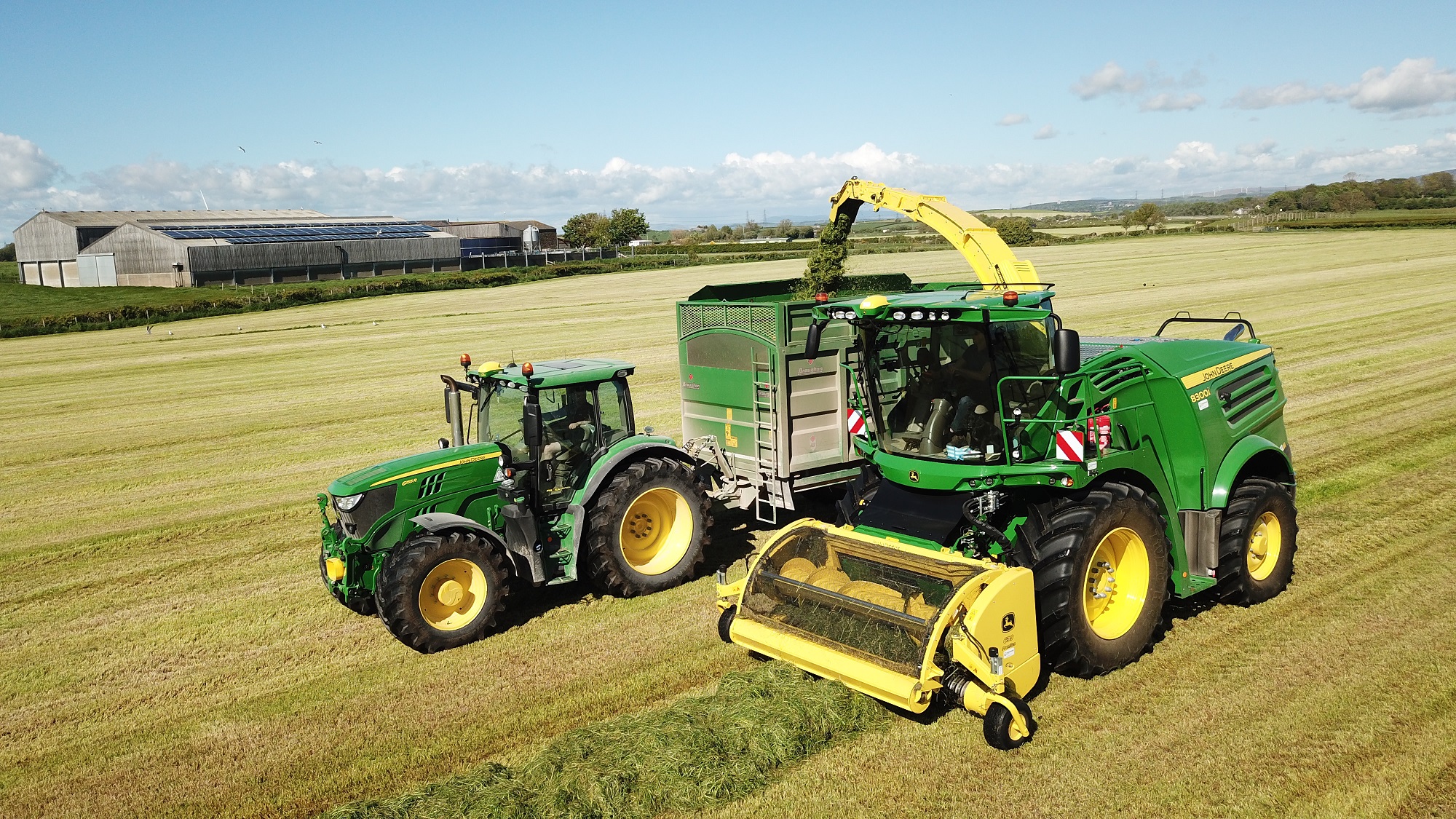 “We have been running John Deere machinery since the late 70’s, the first tractor being a 2130 purchased in 1978, which is still providing daily service on the farm carrying out scraping out duties. We began doing business with Cornthwaite Group in 2018, after the company moved further north to their site at J36. This was a difficult decision as we had had good service from our previous John Deere dealer. Now, 3+ years into the move, it must be said that we are all extremely happy with the service we receive from Cornthwaite Group. From sales to service, from parts to in-field support, it’s a great team!”-The Wannop Family. 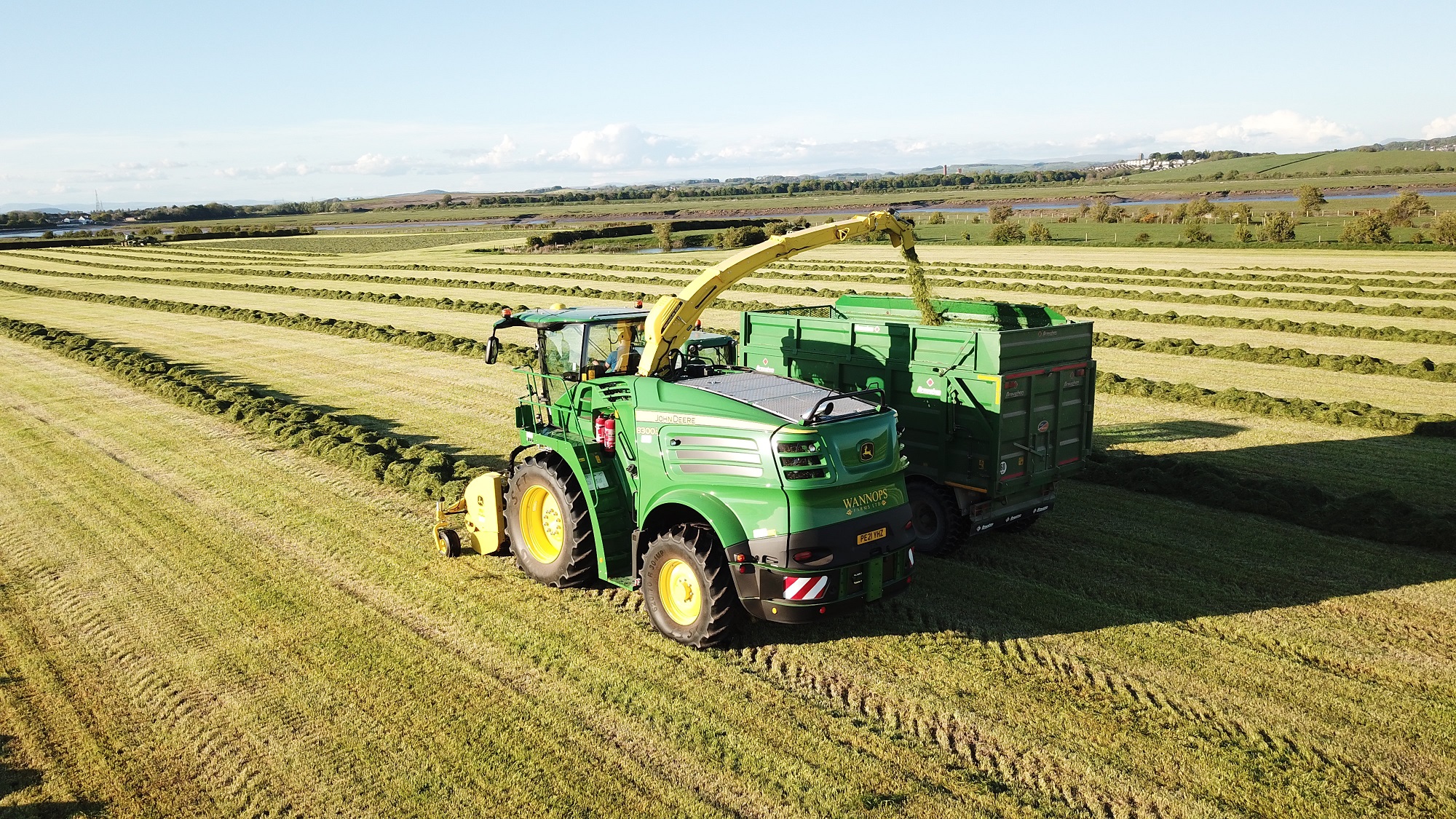 Foraging on the farm has always been done in house, from drag foragers in the 70’s right through to the purchase of their first self-propelled forager in 2012 - a John Deere 7280. The 2021 season has seen this forager upgraded to a John Deere 8300i.

“We wanted to fix our foraging costs. To help this we opted for the Ultimate Duraline package, covering wear parts for a period of 3000Hrs/5Yrs. We’ve chopped just over 2000 acres this season and the machine has been faultless.” -  Joe Wannop.

Attached to the 8300i came the HarvestLab 3000 NIR Sensor. This sensor is used on the forager when harvesting but is also then fit to the farm’s 12m dribble bar between cuts for slurry applications. Constituents are read on the move at a rate of 4000 readings/sec, giving in depth documentation on how their fields are performing, cropping patterns and which parts of the farm require improvements. This enables informed decisions to be made going forward.

“We wanted to take our farming operation to the next level and move forward with the technology around us. The use of the HarvestLab has potential for huge savings for us as a business. As costs continue to rise, it must be our priority to both utilise the slurry we are applying, manage our crops the best we can to get the most from our land, as well as using the harvest data to help in pre-buying feeds.”  - Joe Wannop.

Check out our Youtube video of Wannop's new John Deere 8300i in action here - bit.ly/3raWw1l

We use necessary cookies to make our site work. We'd also like to set analytics cookies that help us make improvements by measuring how you use the site. These will be set only if you accept.

Necessary cookies enable core functionality such as security, network management, and accessibility. You may disable these by changing your browser settings, but this may affect how the website functions.